4 Energy Blocks Holding You Back From Your Dream Career 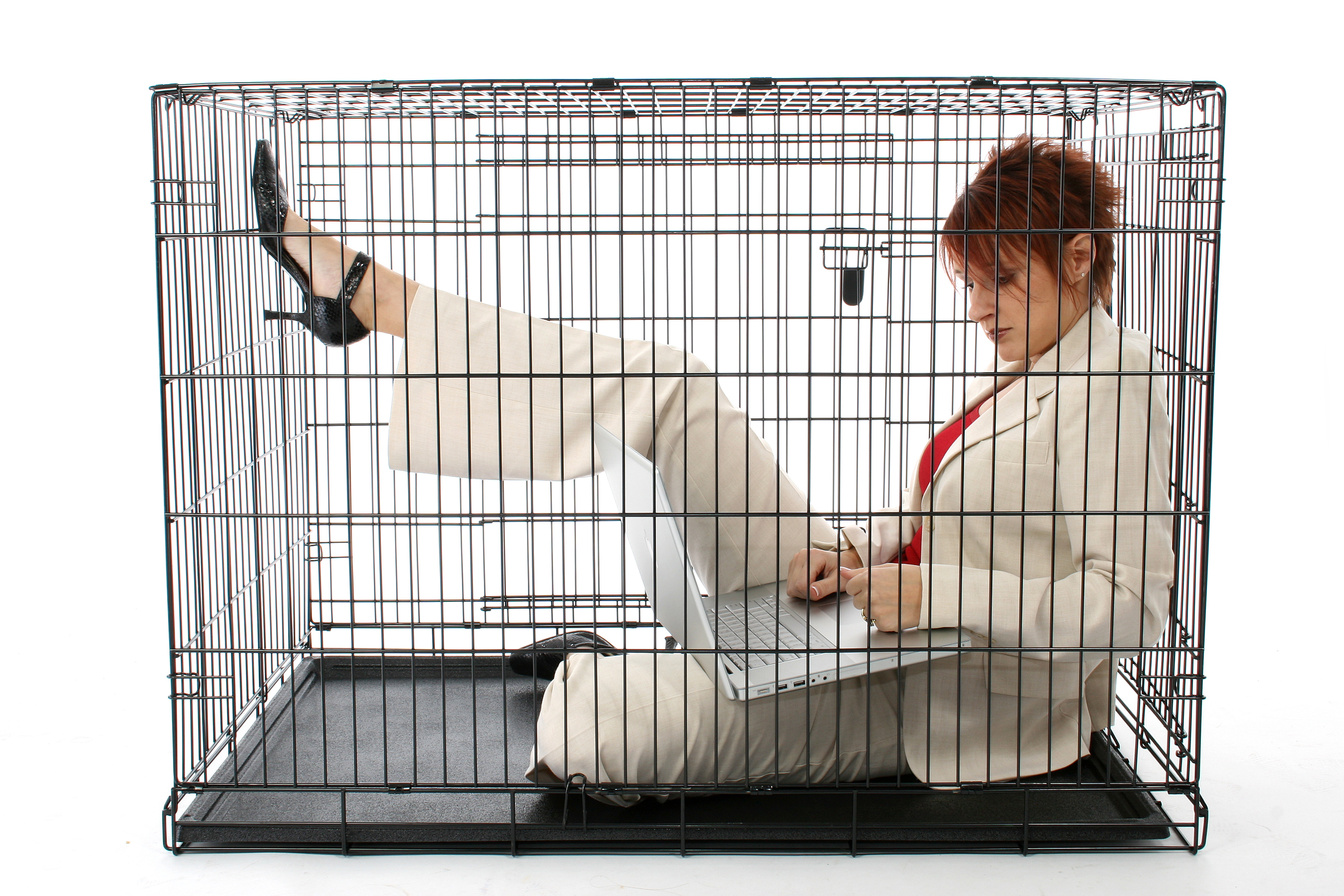 I coach from the inside – out.

Here’s what I mean by that.

When a client comes to me ready to identify and transition to their dream career…. We don’t jump straight to the “external” stuff…. (resumes, LinkedIn, interviews, etc)….

Yes, we’ll get to that, of course.

But first, I go inside with them.

I want to understand…… why don’t you already have your dream career?

What’s been holding you back?

I do this because, even if we do identify their dream career, re-brand their LinkedIn page, perfect their interviews…. If they have something from the inside that is holding them back….. they aren’t going to reach out and grab the brass ring (the dream career) once they see it.

Generally, it is one of four energy blocks that holds people back from their dream career….

The Institute for Professional Excellence in Coaching (iPEC), where I was trained, refers to these as the “GAIL’s”.

The first step towards getting PAST the blocks that are holding you back is understanding what they are.

A gremlin is the most powerful of the “GAIL’s. It’s that little voice inside your head that tells you plain and simple, “You are not good enough…. So don’t even bother trying.” This is the voice that keeps you safe & small… and stuck.

Most often your Gremlin is a conditioned response to something that happened to you earlier on. For example, perhaps when you were younger, you had an incident at school where you were made fun of & embarrassed.

Initially, your Gremlin popped up with good intentions in order to protect you. Perhaps you were considering trying something new and you heard, “Don’t try that… You could make a fool of yourself and feel embarrassed again.”

Over time, this becomes a conditioned response… the voice grows stronger and stronger as over the years as it goes unchallenged.

Before you know it, you are a corporate woman who is scared to speak up in meetings because you are afraid you’ll make a fool of yourself.  Or perhaps, you’re scared to go after your dream career because you don’t want to fail and look like a fool in front of your former colleagues.

You see, the problem with the Gremlin is that initially he was there to protect you, but now it’s become a conditioned response that’s no longer serving you.

HOW TO SHAKE YOUR GREMLIN?

I spend a full session coaching my clients on the roots of their Gremlin.  One of the most powerful ways to deal with a Gremlin is to reveal it’s face – bring awareness to what’s really going on when you hear that voice.

Next, I work with my clients to use that Gremlin energy in a new way that will serve them.

Lastly, we work through releasing their old Gremlin message.

Your gremlin won’t go away overnight – but by working on these steps over time you will weaken his power, until he’s just a faint whisper and you are in the driver’s seat.

iPEC’s definition of an Assumption is “an expectation that because something happened in the PAST… it will happen again.”

For example, perhaps you previously applied to your dream company, but received no response.

After that, you decide to “stick with the job I know because the companies I really want won’t reply to my resumes.”

OR…. perhaps you started a business years ago, but the business didn’t work out and you had to go back to the corporate world. After that you tell yourself, “I’ll never start a business again… I failed previously so I’ll probably fail again.”

HOW TO SHAKE YOUR ASSUMPTIONS?

The most powerful question you can ask yourself is… just because that happened in the past, why MUST it happen again?

Heed the words of the all-powerful Michael Jordan,

“I’ve missed more than 9000 shots in my career. I’ve lost almost 300 games. 26 times, I’ve been trusted to take the game winning shot and missed. I’ve failed over and over and over again in my life. And that is why I succeed.”

Imagine if he clung to assumptions about his past.

An interpretation is an opinion or judgement that you create about an event, situation, person, or experience and believe it to be true.

Many people believe their interpretations are the only possible explanation for an event, when actually an interpretation often only represents one viewpoint among the many that are possible.

For example: I had a client who came to me saying “I must have submitted over 200 resumes. At the end of the day, I know this means I’m just not cut out for XYZ role.”

She took a situation/experience and interpreted it to mean something about herself.

As I dug deeper with her, I uncovered that she had been submitting a resume that was not ATS-formatted in the slightest. So, the resume robot was booting her out of the system before her resume ever got the chance to get in front of a pair of human eyes.

Yet, here she was coming to me thinking it meant she just wasn’t cut out for the role.

HOW TO SHAKE YOUR INTERPRETATIONS?

It’s not easy to do on your own… because you are so much in your own head.

And that’s the key…. Get out of your head and try to see other perspectives.

A “Limiting Belief” is something that you accept about life, about yourself, about your career, about your world, or about the people in it, that limits you in some way.

The challenge with limiting beliefs is most of us don’t think we have them and they can be really hard to spot.

From our perspective, life is just “happening” to us and it isn’t until we begin to see the negative patterns play out, again and again, that we stop and say – how did I get here?

Here are some examples of a limiting belief around career:

If you cling to these beliefs, of course you aren’t going to do the actions it takes in order to achieve your dream career. You’ve already talked yourself out of it.

HOW TO SHAKE YOUR LIMITING BELIEFS?

MY CHALLENGE TO YOU

I challenge you to GET REAL with yourself today, right now in this very moment.

Why are you not in the career you want?

Now re-read this article and identify which GAIL is keeping your dream career at bay.

HAVE I LIT A FIRE UNDERNEATH YOU YET?