13 Tips to Nail a Career Change After Age 40 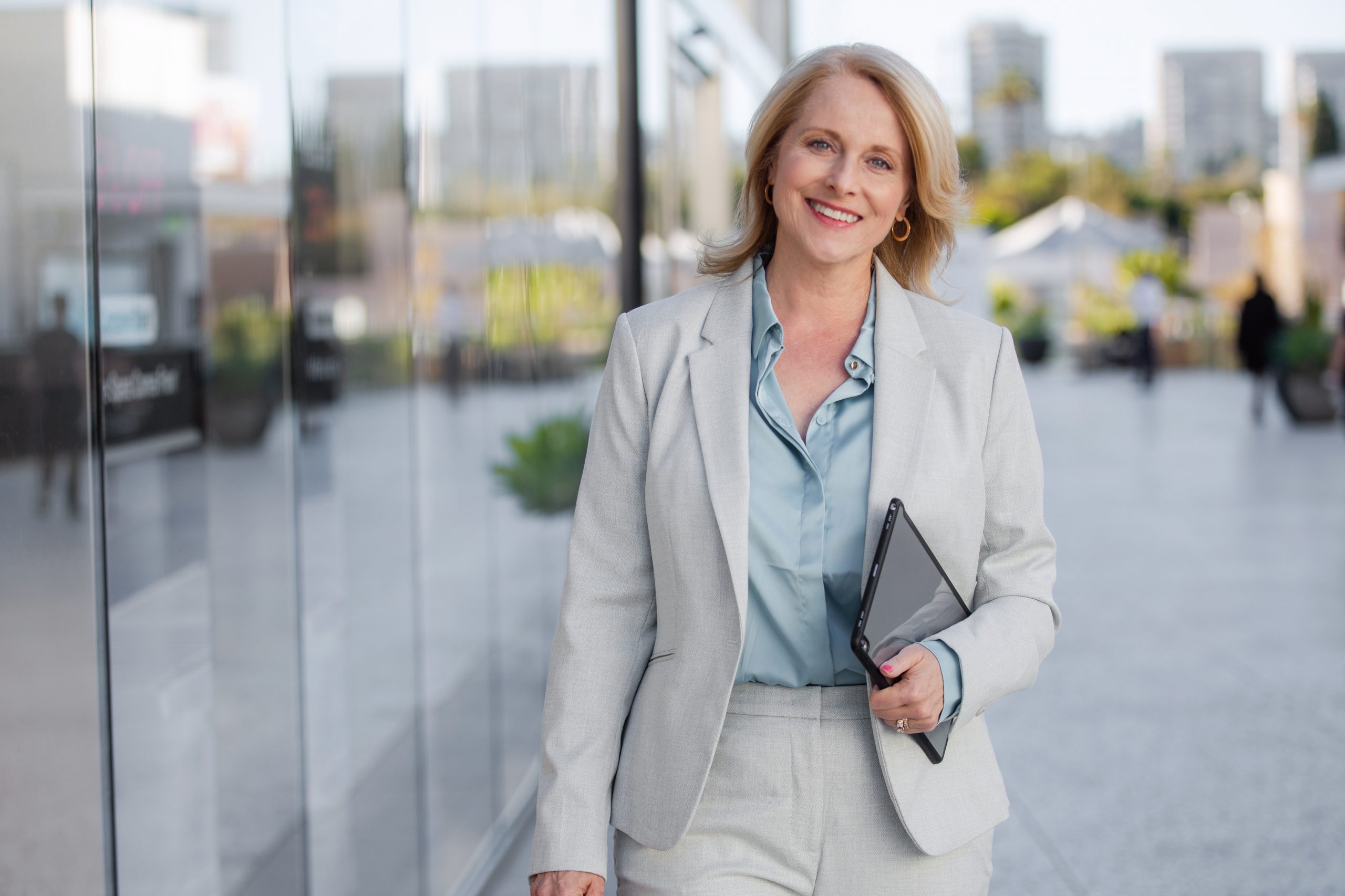 My Grandma Betty was a career change rock star, overcoming all odds to achieve her dream career during her “Second Act.”

First, you should know that my Grandma never graduated high school.

She left school to get married during the war in 1944 and ended up getting her GED in 1952 while pregnant with my Aunt.

Many years and grandkids later…. my Grandma wanted to follow her dream… to become a nurse.

It wouldn’t be easy. But she refused to let age or any other obstacles stop her.

At the age of 60, she officially graduated from a nursing program to begin her career change.

I remember seeing her graduation video as a kid and thinking, “Wow…. I can reinvent myself at any age!”

It is NEVER too late.

Am I too old for a career change?

The answer is NO.

Now, is “age discrimination” out there in the universe?

Sure it is depending on where you look – but why should that stop you?

You can only control the controllables here. Of course you should avoid companies that operate with age discrimination (and WHY would you want to work in a company like that anyways?)

But real talk: Just because there are some bad apples out there, does that mean you should stay stuck in a job you don’t love for the next 25 years?

Does it SERVE you to keep feeding yourself the story that “I’m too old” for a career change of any sort?

Let me throw a few fact bombs at you.

According to a 2015 study released by the American Institute for Economic Research…..

Now, since not all of you may have had a “Grandma Betty” like mine… let me make the concept of late career changing a little more real for you:

As a career coach, I see shining examples of midlife career changers fist-hand every day.

I’ve coached numerous women in their 40’s through 60’s who have made successful career changes including:

TOP 10 REASONS WHY YOU AREN’T TOO OLD TO CAREER CHANGE:

1. You already have a ton of accumulated experience, transferable skills, and knowledge.

This stuff doesn’t just go away! This is your secret sauce!

Your transferable skills are the talents and abilities you have acquired from doing one type of work that you can use in another. For example: technical skills, critical thinking, communication, multitasking, teamwork, leadership, and creativity skills.

And let’s not forget as a seasoned worker… you likely have a higher degree of flexibility, cool-headedness, resilience, objectivity, time management, and office etiquette. You’ve already “been there, done that!”

2. It is NEVER too late to go out and acquire more skills or certifications related to your target job. Learning will never go out of style.

3. Fun fact: Did you know that many people report an overall increase in confidence once they reach the age of 40? This will only work to your advantage during a career change, my friend.

I repeat – you still have over 2 DECADES left to work.

Wouldn’t you rather spend a year or two to make the transition versus 2 decades of being miserable at a job you hate?

5. As a mid-life career changer, you probably already have a large network of trusted relationships. In job-seeker terminology, this is your “Circle of Influence.” Someone in your current Circle of Influence likely knows SOMEONE in your dream company of choice.

As a new entrepreneur, these previous professional relationships can help you grow your customer base.

6. After getting your foot in the door, you’ll likely move up the ranks faster by leveraging transferable skills and your experience knowing how to work well with and manage others.

7. You know yourself better than you did in your twenties. You are more tapped into what you enjoy and what you are no longer willing to tolerate.

Most of the women I coach admit they wouldn’t be ready for this career change in their younger years…. They had to learn from the good, the bad, and the ugly before moving into their dream role.

8. Many career experts say that most people make an average of four to seven career changes throughout their working lives. My point here? Your desire to career change right now is NORMAL.

9. The Seattle Longitudinal Study has tracked the cognitive abilities of thousands of adults over the past 50 years. Their results show that middle-aged adults perform better on four out of six cognitive tests than those same individuals did as young adults.

You may very well be at the top of your game right now. What better time to make a strategic and intentional career change?

10. You have “learning agility” which is the greatest ability to change of all!

Learning agility is the ability and willingness to learn from experience and then apply that learning to perform successfully in new situations.

Learning agility only gets BETTER with age.

Alright, now that I’ve hopefully pumped you up, read on for 13 tips for career changing at 40 and up. It’s part strategy. Part mindset. Part tenacity.

Tip #1: Use your non-linear career trajectory to your ADVANTAGE.

Instead of trying to brush your non-traditional career experience under the rug…. explain how your wisdom and knowledge puts you at a unique advantage (you have something others don’t!)

Highlight your skills to match your target role.

Create a killer resume headline & summary that targets your new role. Focus resume job descriptions on accomplishments in CAR format (Challenge you faced, Action you took, Result you got.) Quantify if possible.

Trim your resume. You don’t need to list every job you’ve ever had. Keep it relevant. Drop your graduation dates.

Forget about the “bad apple” companies who age discriminate and focus on the ones that celebrate age diversity.

Check out online reviews at sites like glassdoor or kununu where current and past employees rate their employers based on a variety of factors, including attitude toward older workers.

Run informational interviews. The best way to get the real deal is to talk to other humans who did or do work for that company.

Even if most of the people in your immediate network are not in your target industry, you never know who THEY know!

Expand your Circle of Influence. Reach out to your network individually and let them know exactly the type of role/company you are targeting. Ask if they can know anyone in that sphere they would be willing to introduce you to so you can learn more.

Join professional groups in your industry. Be especially aware of people in your age bracket who might be willing to chat with you about tips for how to break into the industry.

Seriously, do this. Whether you take a free course online or go back to school altogether…. not only will it make you a better candidate, it will look great on your resume…. AND it’s a great source of conversation to answer the question “What have you been up to lately?”

Be prepared to talk about how much longer you hope to work. Share your story about WHY you are so passionate about this one thing, that you are willing to make a career change right now.

Tip #7: How to change careers without any experience:

Concerned you can’t make the change without experience under your belt? READ THIS.

Many people create imaginary financial scenarios on why they can’t career change. But when I ask them for specific numbers, household budget, bills, and starting salary, they admit they don’t know.

If you are worried about finances during a career change, READ THIS.

Mindset! If you tell yourself that you are too old to career change, then guess what? You are!

If you find yourself clinging to limiting beliefs that keep you safe and small, READ THIS.

Think you need to be unafraid in order to move forward with a career change?

The key is to feel the fear and do it anyways.

Feeling frozen in fear? READ THIS.

Consider thinking outside the box. If you’ve been in a corporate job the past decade or two… consider a freelance job or self-employment. Both are great opportunities to remove age discrimination barriers.

Going into business for yourself is also incredibly beneficial as a mid-life career changer. You take all your experience with you!

If you are surrounded by colleagues, friends and family who tell you it’s “too late” for a career change, that isn’t going to get you anywhere.

Seek out others who have successfully managed a mid-life career change.

Set up an informational interview or a virtual coffee. Ask about their journey, the challenges they faced and how they overcame them.

They are going to provide you a realistic perspective on the career change challenges, but they are also going to help you believe it is possible.

Don’t go at this alone. Get some support, my friend. A coach will keep you accountable and provide you resources to aid you on your journey. Curious to know how a career coach can help you? READ THIS.

HAVE I LIT A FIRE UNDERNEATH YOU YET?